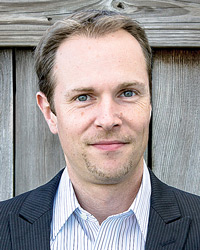 2020 was a brutal year, especially for restaurants, entertainment venues and fitness clubs. Twelve months ago, the economic future looked bright. But now, thanks to what can only be seen as an overreaction by various governmental agencies to the COVID crisis, many in these industries find themselves teetering on the brink of extinction. How quickly things can change.

Throughout the past year, we've been told by pundits and politicians to "follow the science" so we might have a chance of defeating the virus and getting back to normal. Science is normally a fairly solid indication of how humanity is succeeding or failing in the endeavors to improve our lives. Now, it's a moving target, whether it dodges left or right depending more on which political party the speaker belongs to or supports than actual data, much of that data having been manipulated for effect.

We, as a society dependent on economic, mental and physical health, can no longer afford to entertain such manipulations.

My business as a data-driven marketing agency depends on accurate data. I cannot rely on the words of the untrained, but politically motivated, to chart my economic course and the courses of those I serve. None of us in the business world can. With that in mind, I present the following data as harvested from various agencies on Sunday, December 27, 2020:

The Center for Disease Control, so often referenced in disseminating COVID information, reports in its CDC COVID Data Tracker that there are 18,730,806 COVID-positive cases in the United States, and 325,592 deaths as of the above date. This calculates to a COVID death rate of 0.017%, or seventeen one-thousands of one percent of those testing positive, meaning 99% of those infected survive, many of them without medical care.

Prior to the New Year, a certain politician announced that one out of every one hundred of us has died of COVID-19, displaying either his political need to spread panic, or abysmal math skills. Since the U.S. population is 331,002,651, only one out of 1,017 of us has died of the disease, and most of them were aged, suffered comorbidities, and in all probability, died of other causes. Given the many instances of states and medical facilities fudging figures for either political clout or monetary gain, that suspicion seems more than well founded.

The National Center for Health Statistics reported 2,839,205 deaths from all causes in 2018. The top killers that year were:

The previous year, 2017, produced a total death figure of 2,813,503 while 2016 stats showed 2,744,248 Americans dying from various causes. Some of the minor increase indicated can be assigned to a growing and aging population; more people equals more problems. Using 2018 statistics as a base, since 2019 and 2020 stats were not available, COVID would represent 11.25% of total death figures for that year if the COVID death stats can be relied upon. Much of the evidence shows they can't be.

Is COVID therefore a legitimate health issue? Of course it is, as are heart disease and cancer. But, now, let's look at what the World Health Organization (WHO) cites as percentage rates for leading causes of death worldwide:

Comparing the worldwide COVID death rate of 1.43%, as reported by the WHO, with a U.S. rate of 11.25%, as calculated from CDC figures, one has to question such a stark deviation between two large population sets. Are we to assume that the rest of the world is better at handling this outbreak than we are with our task force, our distancing, our masks and our unsupportable-by-the-data lockdowns?

Should the logical assumption be that something else is at work? Incompetence? Maybe. Even the vaunted Dr. Anthony Fauci, Head of the COVID Task Force, hasn't been able to make up his mind about what to do. He was responsible for the February statement that there was nothing to worry about, that special procedures such as shutdowns and masks wouldn't be necessary. He, a medical and epidemiological expert, said we'd reach "herd immunity" if 70% of us were to be vaccinated. Fauci has now elevated that figure to 90%.

Or, is something else behind the economic destruction we're seeing, like putrid politics, which seemed clearer and clearer in the run up to and following the election. During the late campaign, Joe Biden accused Donald Trump of exacerbating the COVID issue by not acting fast enough to block travelers from Wuhan, months after calling him a "jingoist" for having done exactly that. Biden said he'd be the better COVID manager and that he'd establish a new COVID Task Force, somehow insinuating his action would be a new idea rather than parroting of the current policy of just such a task force, established by Trump early-on. But, now, the "new" Task Force is to be headed by none other than Dr. Anthony Fauci, the same man Trump assigned to that position. So, the question just has to be asked: What changes can we expect?

Whatever direction the twists and turns of political jousting take us, none of the above can be considered justification for economic suicide. A low COVID death rate, arguably lower than what we're told given the fudging of the figures; a confused and almost assuredly tainted leadership at all levels; and a growing mass of medical professionals not just questioning the efficacy of our reactions to the disease but objecting to them, add up to only one conclusion: It's time to open this country back up. Not next year. Not next month. NOW!

At the very bottom of all bottom lines is the fact that even our healthcare system cannot survive the economic meltdown we're creating through public conformity to unfounded and politically tainted programs of destruction. This country and this world have had enough.