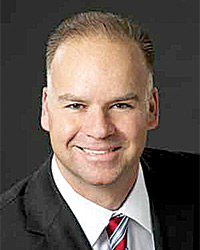 Health clubs tend to be regulated on a state level by very specific statutes and agencies. For example, where I practice law in Connecticut, the Department of Consumer Protection regulates health clubs to ensure compliance with Connecticut's applicable statutes. Other states have laws and designated agencies to monitor their respective regulations. These state laws, specifically tailored for the regulation of health clubs, naturally tend to be the focus of many health club lawsuits.

However, arguments referencing alternative regulations are currently at the center of a New Jersey class action lawsuit. A suit was filed against Fitness Factory, alleging that the club's initiation fee violated New Jersey's state laws. Interestingly, after the trial court dismissed the plaintiff's claim, and after the appellate court affirmed the trial court's decision, the plaintiff continued to push forward with an alternative argument. The New Jersey Supreme Court must now consider whether New Jersey's Retail Installment Sales Act (RISA) applies to health clubs and therefore prohibits the health club enrollment fee at issue.

Fitness Factory has argued that the enrollment fee is regulated by New Jersey's Health Club Services Act (HCSA), which allows health clubs to charge enrollment fees. The membership contract at issue involved 24 monthly payments of $39.99, plus tax. The agreement also included a $29.99 Initiation Fee for the monthly payment plan. At the end of the plaintiff's 24-month term, the plaintiff had the option to terminate the membership without penalty or to remain a member on a month-to-month basis.

Following the trial court's dismissal of the plaintiff's case, the plaintiff appealed. The appellate court drilled down on the alleged RISA violation in order to address whether RISA applies to health club membership agreements. The appellate court opined that the Legislature enacted RISA to, "protect consumers from overextending their own resources," and to, "protect consumers from themselves and rapacious sellers" in the effort to combat usurious interest rates. The court noted that the stated legislative purpose of RISA was the, "protection of the public interest through the regulation of the charges associated with the time sale of goods."

The appellate court did acknowledge that RISA does not expressly authorize initiation fees, meaning that an initiation fee would be a violation of RISA if the statute applied to health club memberships. However, the court referenced a prior court ruling which held that, "health club members are not in the category of consumers RISA is designed to protect, because these contracts do not involve the sale of goods."