How Can Edmund Burke Help You Grow Your Small Group and/or Team Training Programs? 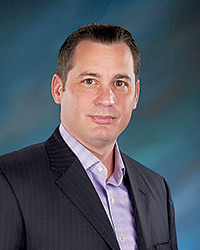 First of all, you might be asking..." who the heck is Edmund Burke?" According to www.goodreads.com, "Edmund Burke was an Anglo-Irish statesman, author, orator, political theorist and philosopher who served for many years in the British House of Commons as a member of the Whig party. He is remembered for his support of the American colonies in the dispute with King George III and Great Britain that led to the American Revolution and for his strong opposition to the French Revolution." However, statesmen Burke is probably most well-known for coining a very popular quote which purports, "Those who don't know history are doomed to repeat it."

I will never forget an interaction I had with a gym owner friend of mine many years ago. First, and for the necessary context here, I must preface this story by noting that the nature of the gym business at that time was simply about selling memberships. The idea of driving ancillary revenue through profit centers had not yet been borne. Okay, back to my friend. Over a cup of coffee at the gym, my friend was complaining about how he was struggling just to pay the bills and keep his gym afloat. Moments later, one of his independent contractor trainers (for the sake of protecting the innocent until proven guilty, let's call him Fabricio) pulls up to the gym in his sparkling new Corvette to train his 10:00AM client. After just a few hours of work, Fabricio packed up and went home. I asked my friend, "Do all of your trainers work this way?" The answer was "Yes!" Fabricio, and the rest of the trainers were simply showing up when they wanted, making all the money they wanted from training my friends' members in his gym, and then leaving when they saw fit while my friend was dealing with all of the stress and headache of running a business.

Not surprisingly, it was not long after my cup of coffee with my friend that a new trend started to emerge in our industry. Competition started to pop up everywhere, and everyone from the "Mom and Pops" to the larger commercial gym chains woke up, learned from their mistakes, kicked out the "Fabricio's" of the world and brought the business of personal training in-house.

For the first few years, many operators struggled. This notion of having a business within a business was new to many, and it took time. However, after consistently educating both the staff and the members on the benefits of working with a trainer, this new profit center took off. Personal training was now the industry's first real "big revenue gift" and quickly become the primary mechanism for gym operators to drive a higher return per member.

Okay, you are probably thinking, wait... I thought this article was about Edmund Burke and driving more small-group and/or team training revenue? Well, here is the connection: instead of just continuing to repeat the same old mistakes year after year, many gym operators finally decided to reflect on their past mistakes (history), they made adjustments (refused to repeat said mistakes), and the outcome was a tremendous advancement in the way a health club could now drive more revenue from more members.