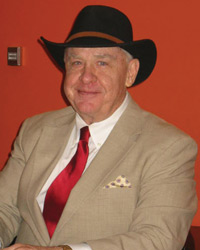 ■Hello Everybody, this is your Club Insider Founder and Tribal Leader Since 1993 checking with our 326th monthly edition!

■Is America a great country, or what? As I sit here writing this Norm's Note on Friday, January 8, 2021, I've been thinking about and watching what's going on here in our beautiful America, and I have two comments: GOD BLESS America! And, GOD HELP America!

■Happy 36th Birthday to my fine son and partner in Club Insider, JUSTIN CATES! As I write this Note, it is the day after his January 18th Birthday, and I've just got to tell you about what he's doing at this moment. At this time, Justin is preparing to board a jet from New York City back to his home in Orlando, Florida. You may be asking, "What's Justin doing in New York City?" Here's the answer, so read on. Over the past 24 hours, Justin has fulfilled one of his long-time bucket list items, and that is he got on an Amtrak Train near his home in Orlando, and he rode the train all day and all night all the way up the Eastern United States to New York City, where he then spent six hours on the ground before he jumped on a Delta jet to fly home. So, even though we have a deadline for this edition later this week, Justin was able to successfully take this special Birthday Trip celebrating his 36th Birthday, and he's produced this edition right on time, exactly as scheduled! WOW! What a GUY!

■Congratulations to our friend, DARON ALLEN, Co-Founder and CEO of VFPnext, for being named to IHRSA's new Industry Partner Advisory Council. Check out the Press Release beginning on Page #18, and see VFPnext's Ad on Page #5.

■RED LERILLE, my good friend for many moons, is a LEGEND in his own time! Red, who's now 85 years old, was "Mr. America" in 1960. On January 13, 1963, in Lafayette, Louisiana, Red opened what is now a 200,000+ square-foot health club on 22 acres he calls Red's. Get this: Under one roof, Red's club has five fitness centers, five exercise studios, indoor and outdoor tracks, a full-size basketball court, three indoor and 20 outdoor tennis courts, three racquetball courts and a regulation size boxing ring.

Congratulations to RED and EMMA LERILLE and their Team, because just last week, on January 13, 2021, Red's celebrated its 58th Anniversary! WOW! Red still works at his club every day, and he works out every day! Red's kept his dedicated workout habits after being Mr. America over 60 year ago! The Red Lerille Story was our earliest Club Insider Cover Story back in our February 1994 Edition. I highly recommend that you download it from our Archives by going to www.clubinsideronline.com/archives. I suggest that you take the time to read it because there's a lot there that will help you improve your club business(es). Red and his Team of 100 full-time and 50 part-time employees in the great southern City of Lafayette, Louisiana, work hard together to serve their 10,000+ members. How many of you know of a health and sports club that's over 50 years old? Much less one that's been in business 58 years!?

I've had the pleasure of visiting Red's amazing club twice. I was honored to spend the night at Red's lovely home with Red and Emma both times. Red's an early riser, normally waking at 4AM, and he personally opens his club long before the sun's up! Since I'm a former Air Force jet instructor pilot, a corporate pilot and an airline pilot, I was also very honored to have gone flying with Red in one of his vintage World War I biplanes. For years, one of Red's hobbies has been acquiring and rebuilding vintage airplanes for his collection. Best of luck, RED and EMMA, as ya'll celebrate your 58th year at Red's in the great city of Lafayette, Louisiana!

■Folks, I'm pleased to be able to mention that we've had something really great and amazing happen this month! For 27 years, we would ship our print copies in the same month as what was written on the front cover. Over time, as the Pre-Sorted Class at the United States Postal Service became slower and slower, this would mean a current edition of Club Insider would arrive the following month! That's not good! So, beginning in January and concluding a six-month project by now-Publisher, Justin Cates, our January 2021 Edition was shipped in December 2020! Not only that, but for that edition, we received two-week mail service, when we have gotten used to three- to four-week delivery. Congratulations Justin on the completion of this project, and thank you to Walton Press and USPS for getting Club Insider into the hands of our readers on time!

So, folks, I do HOPE you received your copy and that you have taken the time to read my very special January 2021 Cover Story, in which we celebrated my 75th Birthday by chronicling my life story in a piece that I truly can describe to you as a "Labor of Love" (Haha... YES, folks... that's LOVE for YOU, and indeed, LOVE for ME!!!). I truly hope you've read it AND enjoyed it! And, before I move on, let me say this. Me living to be 75 years of age is... to me at least... "Clear proof there IS a GOD!" GOD is GOOD, and I'm very thrilled to Still be Kickin' and reporting this event to you all.

■MICHAEL ROJAS is one of the two Founders and Owners of the highly successful Iron Grip Barbell Company, along with SCOTT FRASCO. Iron Grip was founded by Michael and Scott in 1993. Yesterday, I received a wonderful phone call from Michael wishing me a Happy 75th Birthday and noted that both of our companies had been launched in the same year, 1993. Michael had read our January Cover Story, featuring me on the cover, and he brought up the fact that we both have Louisiana backgrounds. I was born in Minden, Louisiana on January 17, 1946. But, I never lived in Louisiana. My Mom, the late LEOTA CATES and my Dad, the late NORM CATES, SR., were visiting my Mom's family in Springhill when I decided to join the Planet Earth population! Michael Rojas, age 55, grew up in Louisiana, and he and his partner, Scott, run Iron Grip Barbell Company in California (See the Iron Grip Ad on Page #9). So, with this Note, I want to reach out to Michael and say, "Thanks for your call, Dude!" I also want to Thank Michael for our really FUN time on the phone! And, I especially want to THANK both Michael and Scott, and their Associate, our good friend, LIZ BIANCHI, for advertising in Club Insider for so many years!

■The late JACK LALANNE holds a very special place in the history of the health and fitness club industry, a place rivaled by no one, EVER! The history of Jack LaLanne, and his lovely wife, ELAINE "LALA" LALANNE, has been chronicled in an amazing lineup of six books previously released over the years. I'm excited to announce that, next month, LaLa LaLanne will release their 7th book about her and Jack's life entitled: Pride and Discipline: The Legacy of Jack LaLanne by Elaine LaLanne and co-author Greg Justice.

As a bonus, only to be provided to each of you who order Elaine and Greg's special new book through the Ad on Page #21, you will receive a writing by Jack entitled: You Are An Architect. Since I've read this amazing, "You Are An Architect," bonus writing, a writing which has NEVER been released, I can tell you now that you're going to want to own and read this amazing new book and receive this bonus, never released writing, suitable for framing, I might add!

So, check out the Ad for Pride and Discipline: The Legacy of Jack LaLanne on Page #21 and PRE-ORDER IT TODAY! YOU will be GLAD you did!

■JUSTIN and I want to say Thanks for reading Club Insider!

■God bless our troops, airmen and sailors worldwide and keep them safe. Thank you, Congratulations and Welcome Home to all of our troops who have served around the world. God bless America's Policemen and women and Firemen and women; keep them safe. God bless our EMTs, first responders, nurses, doctors, lab technicians and anyone who is helping make Coronavirus a thing of the past. You and your families are our warriors. Finally, God bless you, your family, your club(s) and your members. God Bless America! Laus Deo!